Inis Mór, the largest of the three Aran Islands, is situated 9 miles from Galways coastline and can be reached by taking the ferry from Rossaveal or Doolin, and by plane from Inverin Airport.
The island is 9 miles long and about 2 miles wide. It is mostly made of burren limestone rock and small fields which are surrounded by stone walls. The islanders use the language of Irish every day - the island being one of the last places in Ireland where the ancient Celtic language is preserved.
There are four Celtic stone forts, including the spectacular cliff top fort of Dun Aonghasa. Inis Mór was also an important centre for early Irish Christianity, and the remains of several ancient churches and monasteries can be found on the island.
There are several biological and geological attractions on Inis Mór including the seal colony, as well as miles and miles of limestone landscape with some of the most spectacular cliff coastlines in all of Europe.

Dún Aonghasa is situated on the south side of Inis Mór. It is a semi-circular stone fort over-looking the Atlantic Ocean. The fort consists of three terraced walls surrounding an inner enclosure containing a platform on the edge of a three hundred foot high cliff. Late Bronze Age objects such as rings, tools, beads and food stuff were found on the site and are now in the National Museum in Dublin.
*Free entrance to Dun Aonghus when staying here (save €5 per person)
For more info, click here.
Photo via activeme.ie, The Wild Atlantic Way 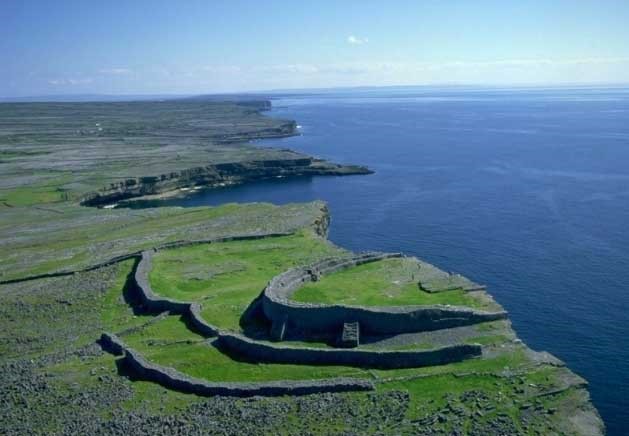 Dún Duchathair is situated on the cliffs at Killeany. The fort consists of a terraced wall surrounding the remains of some early stone dwelling houses know as Clochans.
For more info, click here. 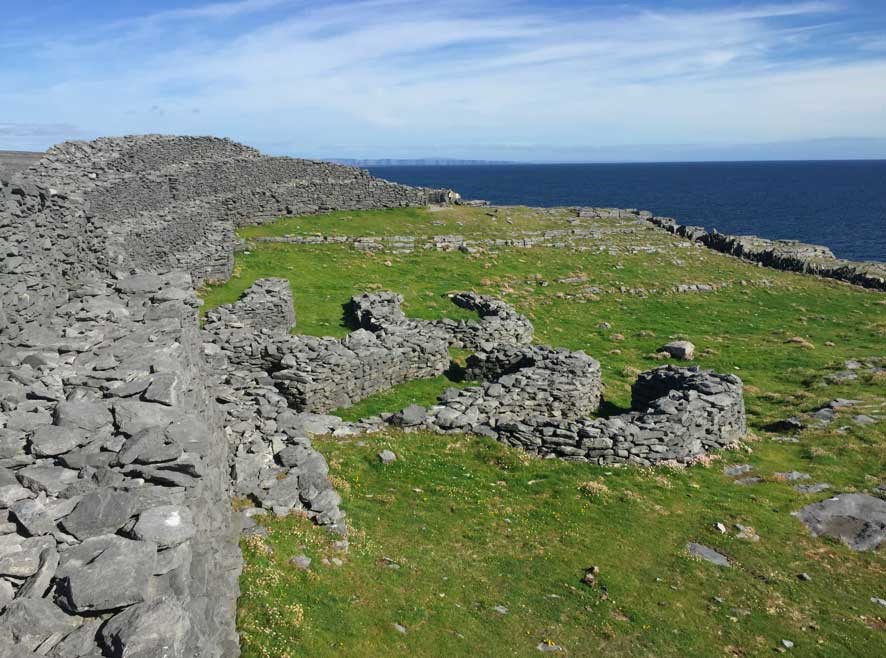 Dún Eochla is a fort in the middle of the island and consists of two terraced walls. It is easily accessed from the main road. Nearby are the remains of an early 19th century light house.
For more info, click here. 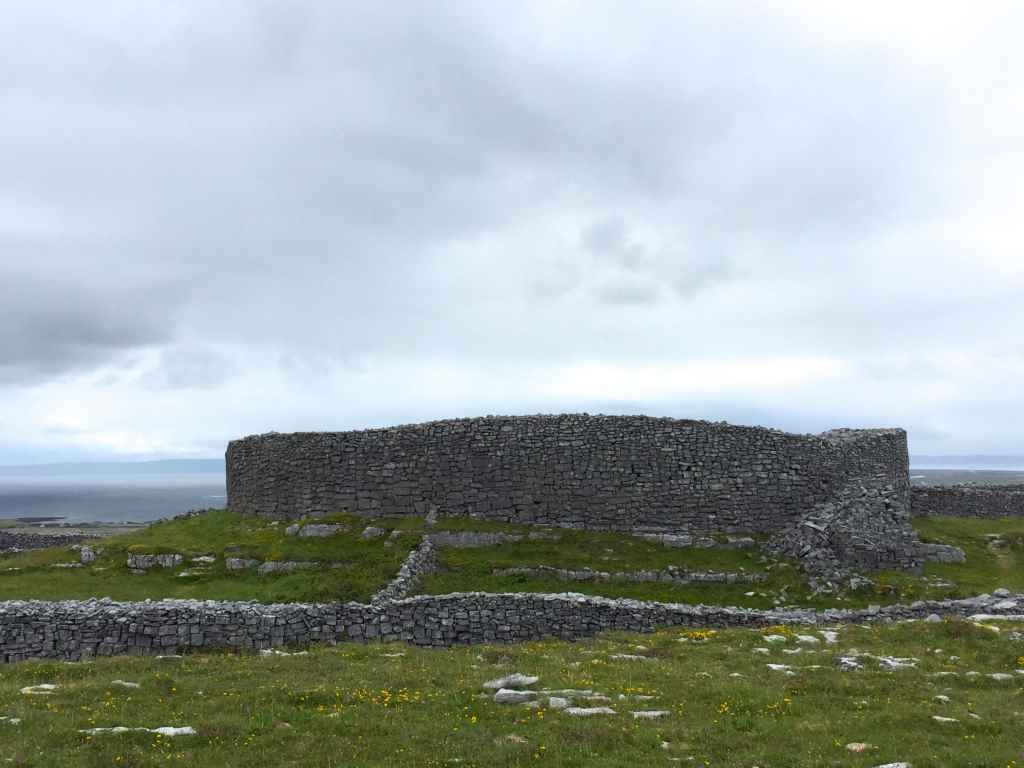 Dún Eoghanachta is found in the western head of the island, in the town land of Eoghanacht. It consists of a single circular two terraced wall of an impressive height. There are the remains of several Clochain (stone houses) inside. The fort takes its name from the Eoghanachta tribe of Munster, who were associated with the island during Medieval times - around the Iron Age. 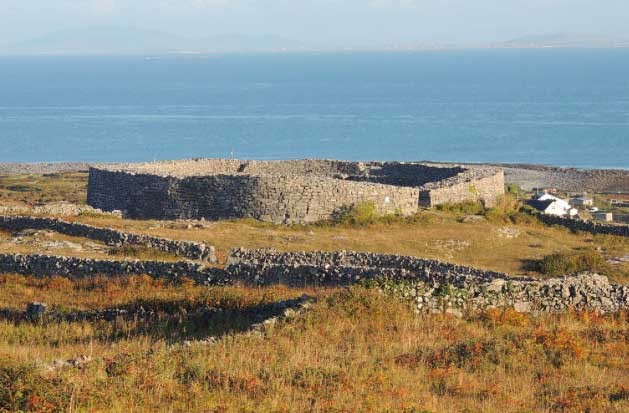 These marine mammals are well established here. They can be seen lying on the rocks - as many as 30 of them - at low or mid tide. During high tide they hunt for fish, such as Pollock and Salmon. The seals range grey in colour and can weigh up to 507 lbs. (230 kg).
Photo via aranislandsbikehire.com

Teampull Bheanáin is considered the smallest church in the world and is notable for its orientation - North to South instead of East to West.
For more info, click here. 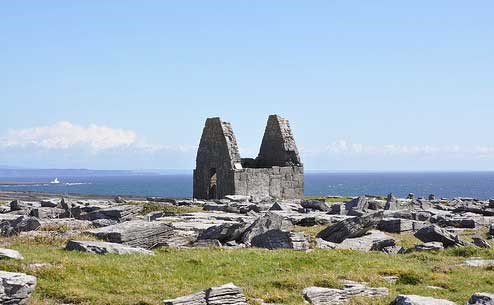 This name is applied to the ruins of two small churches and several domestic buildings. The ancient monastic site was founded by St Breacán, and is the finest example of monastic settlement on Inis Mór.
For more info, click here.

And a few more from around the island...

Preference cookies are used to keep track of your preferences, e.g. the language you have chosen for the website. Disabling these cookies means that your preferences won't be remembered on your next visit.

We use analytical cookies to help us understand the process that users go through from visiting our website to booking with us. This helps us make informed business decisions and offer the best possible prices.